When writing a javascript package the first thing (like most things) to consider is the end users of that package. For me, one of the first questions that came to mind was how to support different environments.

I’ve been working on a new project called scrollAnim that easily allows the transition of an element or elements based on the scroll position of the browser. I wanted developers to be able to test/use the package quickly e.g by simply including a script tag and I also wanted to allow the use of the package via an imported module as part of a build system. This post outlines the process I went through to understand how to provide that support.

When developing programs it can be extremely beneficial to break our program into small parts known as modules. The quote below is taken from Eloquent Javascript’s chapter on Modules and sum them up perfectly:

A module is a piece of program that specifies which other pieces it relies on (its dependencies), and which functionality it provides for other modules to use (its interface). – eloquentjavascript.net

Modules make life easier because they break down the project into smaller parts and allow development of each specific area of functionality on its own.

Of the many benefits, here are some of the biggest:

The following examples show how to support three different environments individually. The three environments will be:

In each example, we will create a module that has one function test that has a dependency, lodash. The test function will simply log a message and the result of two numbers added together:

Use Directly in the browser

To make our script available in the browser we simply need to declare our functionality in the global scope.

To recreate the previous example in node we need to use special exports property of the module object, module.exports. Currently (v8.11.1) there isn’t support for es6 import export statements, it is coming, but for now you will need to transile/build if you would like to use this syntax.

Use in an AMD Environment such as require.js

AMD stands for Asynchronous Module Definition and is a js specification that allows the definition of modules and their dependencies, and loads them asynchronously if desired. The AMD specification is implemented by Dojo Toolkit, RequireJS, and ScriptManJS. More from Wikipedia

How to support everything at the same time?

To support all the environments above in one file we need to use the UMD (Universal Module Definition). The UMD works by creating an IIFE that accepts two arguments:

The function checks for the existence of the functions/properties we’ve used above to establish what environment is asking for the module and can be broken down as follows:

Because the UMD is invoked immediately this happens the moment the file is included/required/imported and the correct module is returned for the environment containing the functionality defined in function passed as a second argument.

If you would like to use ES6 features such as import and export you will have to transpile your code with something like webpack/babel. Luckily, webpack offers a tutorial aimed at library authors specifically showing you how to set up a project that supports different environments, you can find that tutorial here or if you’d just like to see an example project you can view that on github.

In this article we’ve looked at modules and why writing modular code is a good practice to follow . We also covered the different types of environments in the javascript ecosystem and writing modules for these environments. We then followed up by using the UMD pattern to provide support for all of these environments at the same time without duplication of code. Finally, we discussed using webpack to enable us to use ES6 code in our modules. 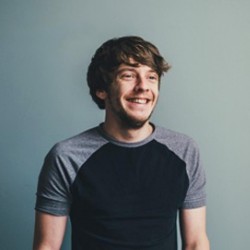 Danny studied Art and Design at MANCAT and later at Bolton Community College. Since then he has moved away from design, finding that he's much happier programming. He has an unhealthy obsession with Quavers and hummus. At Relative, he spends the majority of his time developing websites for clients.

The importance of great web design